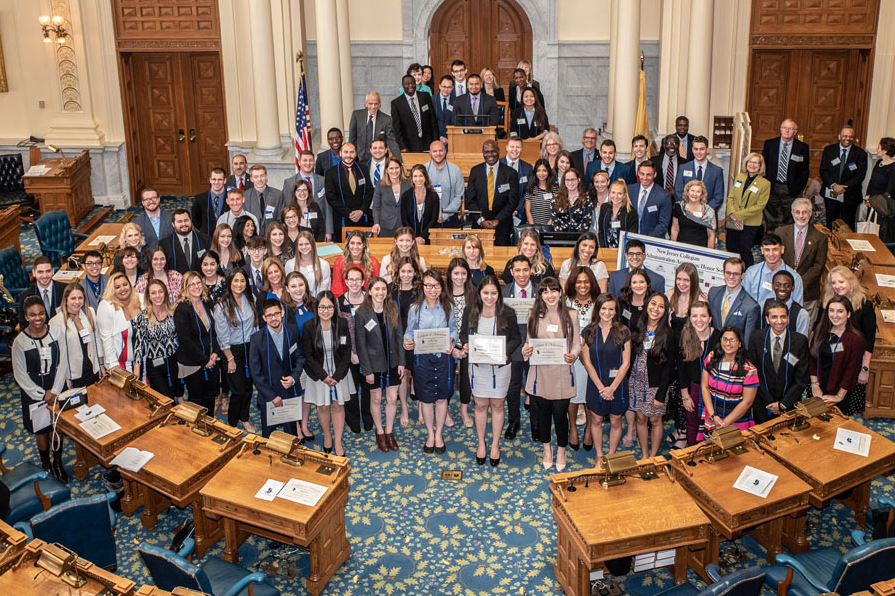 On Friday, April 27th, I was honored, along with my peers from Rowan Univiserty School of Business, to accept an invitation to the New Jersey Collegiate Business Administration Association Honor Society. The New Jersey Collegiate Business Administration Association (NJCBAA) is a statewide honor society for students studying business colleges in New Jersey.  Each year, the top 1% of undergraduate students pursuing degrees in business are honored and invited to join the NJCBAA honor society.

On April 6th over 300 Delran students and Green Team leaders from Delran collaborated to clean their school grounds and local area parks. The Clean Communities Grant helped purchase the gloves and bags for the cleanup. You can read more from Delran Township’s Public Schools Erica DeMichele by clicking here.

Residents will have some big decisions to make Nov. 8, and not just on presidential, state and county races. They will also decide on two Township Council seats and the county’s only contested race for mayor.

This year’s election also features two candidates in their early 20s: Garland, a recent Rider University graduate, and Burrell, a Rowan University student. Both believe they will bring a fresh perspective.

“My age is not a liability; it is an asset,” Burrell said. “By bringing fresh ideas to the council table, I can help ensure that Delran will continue to move forward.”

Click here to read the full story in the Burlington County Times.

Endorsed by the AFL-CIO

Along with an array of great candidates, I am honored to earn an endorsement from the Burlington County Central Labor Council.

The Youth Movement by SJ Mag

Their age was, if anything, an asset to the political arena—and Delran’s Tyler Joseph Burrell, who is currently running for Delran Council at Large at age 19 (as of press time) alongside Council at Large Gary Catrambone and Mayor Ken Paris, is capitalizing on it.

“Unfortunately, my age has been used against me, especially in the primary. It can make for a challenge, but the simple truth is age has no bearing on commitment. I consider my age to be an asset,” he says. “I bring a fresh set of eyes and new ideas to the table. As we all know, younger people historically do not participate in the election process on the same level as our parents and grandparents. I hope that my involvement shows them that it is never too early to participate and make a difference.”

Making their vote and voice count is ultimately their end goal, as the country’s collective decision this November will have an effect on them for years to come. “I have never been the type of person to sit back,” adds Burrell of his desire to get involved with politics. “I want answers, I want to know what is going on, I want the right things to be done. I want to be able to help make my community, and world, a better place for not only myself, but my future grandkids.”

“Another local contest to watch is in Delran, where Republican Mike Piper is challenging Mayor Ken Paris. Two Township Council seats are also being decided between Democrats Gary Catrambone and Tyler Burrell and Republicans Charles Stahl and Shane Garland.” 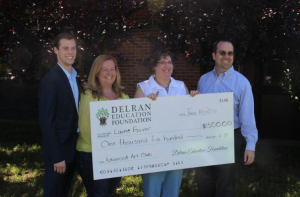 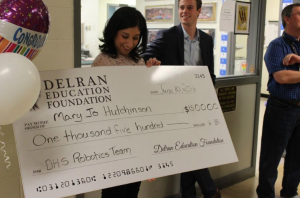 There is no better way to celebrate the Delran Education Foundation’s one-year anniversary than awarding grants to teachers through the district. Overall, we awarded $6,200 in grants ranging from arts to social studies.

Read the full story in the Courier-Post by clicking here.

In the final tally, Burrell, a 19-year-old Rowan University student, garnered the most votes with 1,290, followed by Catrambone with 1,217. Thomas and Vega came up short with 736 and 721, respectively.

On Tuesday, voters will go to the polls to decide from six Democratic candidates vying for the opportunity to run against Republicans in November for three open seats on the Township Council.

“I want to give back to the community I love and make a difference for the seniors who have done so much for all of us and inspire the kids who will take Delran to new heights,” Burrell said.